Em and Michael's Blog A blog about us

Melanoma can be Devastating

All cancer sucks.  We don’t need to tell you that.  Melanoma especially sucks.  It  is one of the most deadly cancers because it spreads quickly from your skin to your internal organs and there arent many drugs that can stop it.  It doesn’t discriminate by age and is one of the most common cancers for those under 30.   See the memorial page at Melanoma International Foundation or read some of the news stories and blogs below to see how they fought this horrible disease.  We just want you to know how important it is to check your skin because catching melanoma early is the key.

If you have been diagnosed, please visit these message boards for emotional support and questions – all of the people there are in the same boat and they are so helpful and wonderful!

SAD STORIES FROM THE NEWS 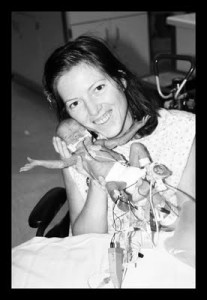 Annie Leinen, age 28, mother of 3.
Diagnosed in October 2009 when she was pregnant.  She died 2 months later in December 2009 at Stanford where she was receiving treatment for Stage 4.  She died a few weeks after delivering her baby, who was 12 weeks premature.  http://www.redlandsdailyfacts.com/ci_14311310?source=rss_emailed

Newlywed cancer patient dies at 29 (follow up to story above)

Diagnosed in High School – now Stage III and on interferon

Age 27 – Fortune Levy
died in late 2009 after being diagnosed while pregnant with twins.

Darren was a friend of Emily’s from high school.  He died at the age of 32 and left three young children behind.  He had a mole on his back and died 5 years later.   After his diagnosis, His wife Rhonda started a company that sells protective clothing for the sun.  http://www.uvskinz.com/

It is with great sadness that I move Mindy’s Melanoma Wife blog into the angel section.  Mindy lost the love of her life on April 1, 2010.  Marcus leaves behind two beautiful girls and a brokenhearted wife.

Danielle Harmon, Age 42.  http://www.danielleharmon.com/ She started her blog in June and died in August.  It can be so quick.  Did I say how much I hate melanoma?

Andy Caress, Age 26:  http://www.andycaress.com/ A gorgeous young  man.  A tri-athelete – he fought hard against the beast and started a non-profit.  We can thank him, along with many other melanoma angels, for their contribution doing clinical trials of drugs in the hope of finding a cure for cancer…

http://www.caringbridge.org/visit/mindylanoux
Mindy Lanoux was featured in a NY Times Article on the MD Anderson Cancer center and we have followed her story on Caring Bridge.  She was Stage IV for a over 2 years and did many chemos and clinical trials.  She was a 37- year old Texas teacher with young children.  She passed away on September 1, 2011.  Rest in peace, Mindy.

Matt Durham..firefighter, age 45.  “Three months was all it took from diagnosis to death..”  The International Association of Fire Fighters (IAFF) points to several studies showing cancer rates are higher among firefighters than in the general population, and kills more firefighters a year than fire-related injuries and heart attacks.

http://www.smelanoma.com/ – A young father in his 30s with Stage IV melanoma.  Mike Brockey chose to do the Gerson cancer therapy (juicing/enemas) when he was given a year to live.  Instead of chemo, he chose carrot juice.  It held his cancer at bay.   Mike progressed and started the new drug Yervoy and he had a great response to it.  But it came back.  He passed away in Nov 2011. We had followed him during his journey for 2 years.  Devastating is the only word I can think of.

http://thewilemansjourney.blogspot.com/ Andy Wileman  a 40 year old police officer and father of young children fought Stage IV melanoma – he passed away in December 2011.  I kept in touch with him and my heart goes out to his family.